Moscow: Sights and Tips for your trip

For us, the trip to Moscow started at 4 o’clock at night. By the time the airplane landed and before any visit to the sights the light impressed us at the most!

In Moscow, the day is breaking around 3 o’clock at night. At 4 o’clock it’s getting light and at 5 the sun has already risen. Although I knew it I was impressed.

I was anticipating months for this trip. It was a destination that seemed too distant and too difficult to be realized. Of course it’s not true.

And to prove that, here you can have all the information you need for the first steps of this trip. The beginning is the passport and the visa issue.

Sights: What to See in Moscow

If metro is your transportation mean from the airport to the city center you’ll get impressed.

Moscow’s metro is a real jewelry and if you like photography you can take the brown line and to come down at every station.  You’ll see the most representative and beautiful metro stations.

If you want to see all the station and have all the useful information, then have a look here.

At the time we visited Moscow there were works and had platforms and scaffolds because of the impending parade of 9th May. So we hadn’t the chance to visit Lenin’s mausoleum because it was closed.

Besides the fact that is immense, Red Square hasn’t something impressive. Nevertheless, the main sights of Moscow are gathered around it.

It’s one of the first Moscow’s gardens and is located next to the Kremlin’s entrance. Here, there is the statue of the Unknown Soldier.  Make sure that you’ll be there to watch the change of guards that is really impressive.

It’s the biggest castle in Europe and is consisted of 5 mansions and 4 cathedrals. It is located right next Okhotny Ryad metro station.

You can buy the tickets from the Alexander’s Garden, but it’s a little confusing for the visitor who must find in which queue he has to wait. That’s why you’d better book the tickets online. You can have a look here.

In Kremlin’s garden there is the Czar’s bell. It’s the biggest in the whole world. It’s 6 meters tall and weighs 200 tons.

We stayed in Hilton Leningradskaya which is an amazing hotel. Here you can read the article about it.

Having many onion shape domes dominates at the depth of the Red Square and impresses.

It was built between 1551 and 1561 under the command of Ivan the Terrible. It is consisted of 9 chapels.

You can issue your tickets outside of the Cathedral.

Moscow’s historical theatre for theatre and ballet was established in 1776.

It is located near the Red Square and if you are interested in a guide tour in the interior, then have a look here.

It’s the most famous and biggest shopping mall in Moscow.

It is placed in the Red Square. Even if you are not interested in shopping it’s worthwhile to devote one of your mornings wandering there. You can have lunch or coffee in one of the restaurants and café.

Cathedral of Christ the Savior

Even if it’s not a historical cathedral you’ll be impressed. It’s the largest temple in Russia and the most magnificent in the whole planet. They say that it has capacity of 10.000 people!

The temple was initially founded in 1839 and forty years later it was completed under Alexander’s command. They wanted to honor God for the salvation of Russia after the war with the Napoleon.

In 1931 and during Stalin’s time the temple was destroyed completely in order to build a swimming pool! They used the temple’s marbles to pave Kropotskinskaya and Ohotnii Riant metro stations.

By the fall of Communism the construction started again and five years later was completed. Many Christians worked voluntary.

In its interior you can see exceptional frescos and décor. The icon of Birth of Christ which was written in Greek moved me.

Behind of the Cathedral of Christ the Savior there is a bridge which will lead you in Gorky’s Park. Green and huge having lakes, restaurants, café, fields and fountains.

Here you can enjoy a walk or watch shows and concerts.

Walking along the river you’ll see the impressive statue of Peter the Great which is 94 m tall. It is considered the biggest statue in Europe and the eighth in the whole world.

Located in the Red Square it’s housed in a building of a unique architectural baroque style.

It hosts priceless work of arts and significant items of Romanov dynasty. Also hosts one of the most important libraries with unique historical manuscript heirloom, papyrus, and gospels.

Using metro you can get easily there (line 6- Vdnkh stop). The first you’ll see is the monument “space conquers” which looks like to a rocket and is really impressive as it is 107 tall.

And if you want to avoid the queues in order to issue tickets and enjoy a five hours private tour you can have a look here. They will come and get you from the hotel without wondering how you can go.

Satellites in real size, rockets, a model of the satellite station Mir, the embalmed bodies of the two dogs Belka and Strelka and much more of the Soviets’ achievements are some of the museum exhibits.

Every Monday the museum is closed.

It’s not necessary to have children for a visit at the Moscow’s Zoo. I just advise you to have enough time because the zoo is huge.

*You can go everywhere with . The itineraries are very often and you won’t have to more than a minute for the next. You can issue a ticket for the whole day or for three days. The cost for the 3 days and unlimited routes which all transportation means is 438 rubles that 6 euro.

*Internet is too expensive so do not open your data because you’ll regret it. Nevertheless, you may visit one of the Veeline shops and showing your passport you can buy a card with a local number. It costs 300 rubles and you’ll have unlimited internet everywhere.

*You can go to the airport by metro and then by train( aeroexpress).The distance is 35 minutes. The ticket costs 425 rubles (5,83 euro)

*The food, the coffee, and the refreshments are cheap and at reasonable prices. For example, a coffee costs 1, 30 Euros; a cheesecake costs 2.40 Euros, a can of coca cola 0, 80 Euros and the food for two persons in a restaurant 20-30 Euros. The prices are the same in our country.  More expensive are the clothes, the shoes, the bags, and electrical appliances, etc.

*Do take a small amount of money from ATM. You don’t need much because you can pay everywhere with your card.

* Download the application Y.Taxi for rapid and cheap transportation by taxi

Moscow is very beautiful and has long history and amazing sightseeings. And if you plan your trip early you may find cheap aero plane tickets. Here you’ll learn how you can have the best price.

There is a video in my YouTube channel about Moscow, you can see it here.

If you have any question I’ll be glad to answer to your comments. 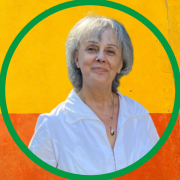 The Princely Monaco, What to See